The recent graduate received a $4,000 prize for recognition of her high standards of scholarship in Jewish studies; Emma Tabenken ’22 earned an honorable mention and $1,000. 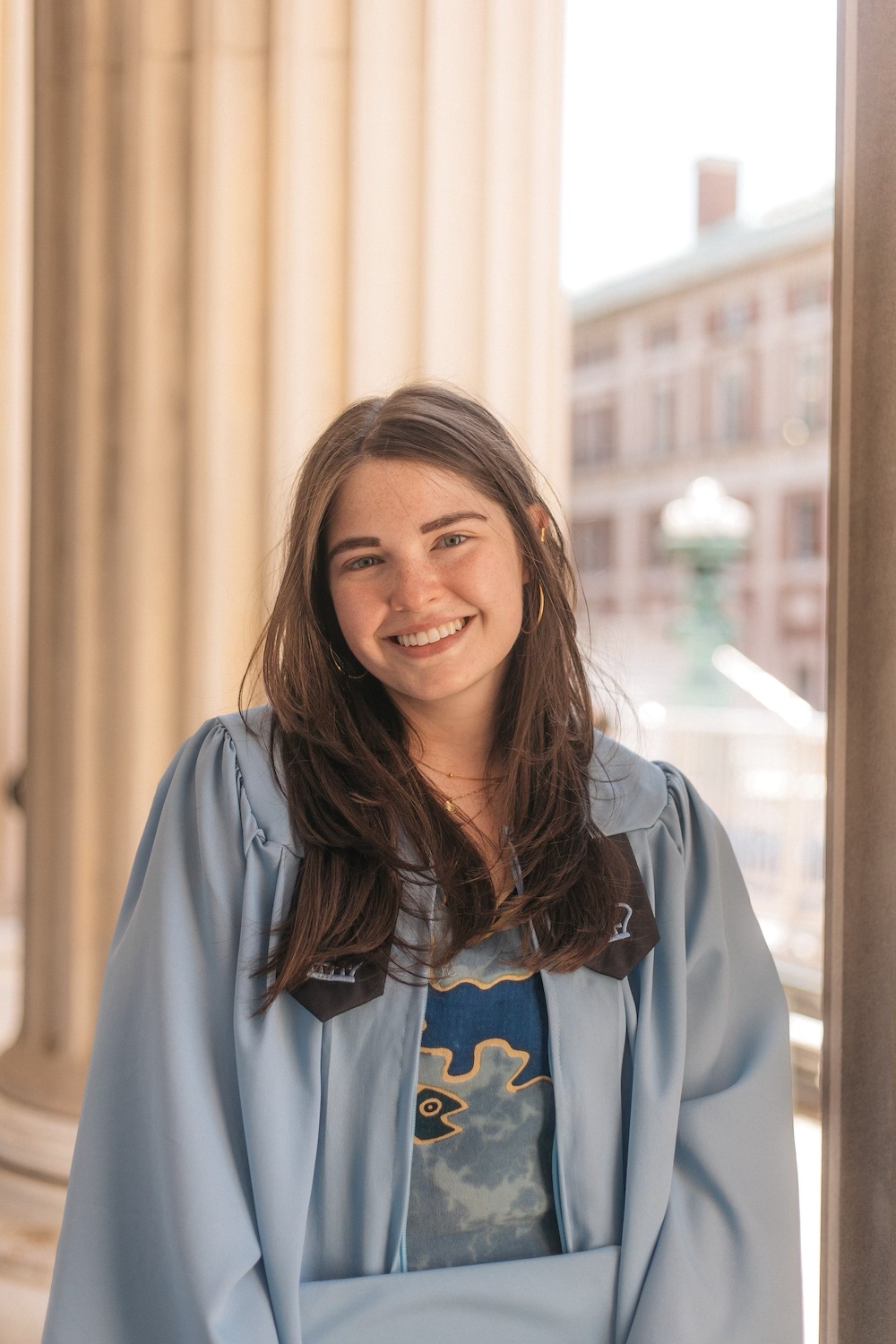 Daniela Goodman Rabner ’22 was recently awarded the Ingeborg, Tamara, and Yonina Rennert Prize in Jewish Women’s Studies. The annual $5,000 prize recognizes graduating seniors whose theses exemplify the highest standards of scholarship in Jewish studies. Established by Ira and Ingeborg Rennert, the award is funded by the Ingeborg, Tamara, and Yonina Rennert Forum Fund at Barnard.

“It is such a surprising honor to win this recognition for my scholarship,” said Goodman Rabner, who majored in history and Jewish studies, with a concentration in empire and colonialism and Yiddish studies. “Jewish history is a site of politics in and of itself. What Jewish historians decide is important and worth exploring is an immediate reflection of the way in which the Jewish world is seeing itself at that given moment in time. Winning the Rennert Senior Thesis Prize raises and shines light on a rich moment in Bundist and Jewish intellectual history that provides a lexicon for understanding the similar challenges of identity, peoplehood, and diaspora presented by late-stage capitalism’s intersection with Jewishness.”

Goodman Rabner’s thesis, titled “The Jewish Labor Bund’s National Cultural Autonomy Program: A Judeo-Marxist Exploration of Jewish Identity Futures in Times of Revolution,” explored the ideological clashes over the role of Jewish identity within Marxism during the early formation of the Russian Revolutionary Party and the ways in which the Bund’s Judeo-Marxist approach toward Jewish peoplehood, diaspora, and identity can better inform our modern reflections on such questions.

“My thesis idea was inspired after taking [Columbia history] professor Catherine Evtuhov’s course on Modern Russian History, where I first became interested in the intellectual discourse happening during the 1905 Revolution regarding minority identity and the surprising role played by the Bund in formulating what would become the early foundations of the Soviet Union’s attitude towards minority identity and culture,” said Goodman Rabner.

She is currently finishing archival research at Columbia’s Rare Book & Manuscript Library before heading to Argentina on a Fulbright research grant, titled “Diaspora and Migration: Religious Performance in the Zwi Migdal, 1890-1930,” with which Goodman Rabner will explore the history of Buenos Aires’ Jewish sex workers and their interaction with Halakha (Jewish law) and performance of religious ritual. She is also actively working on improving her Yiddish. 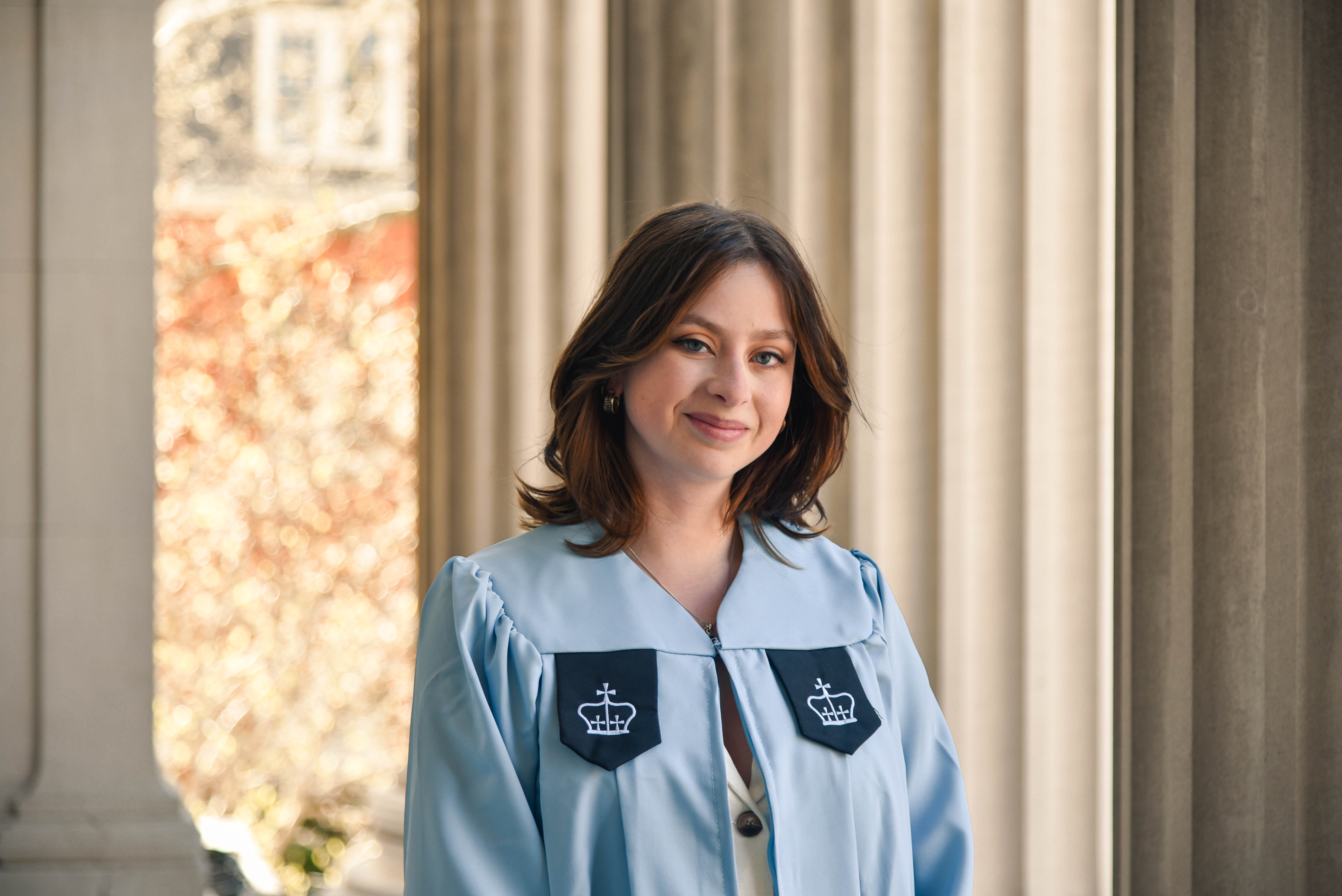 Graduating senior Emma Tabenken ’22 was also recognized with an honorable mention and $1,000. Her thesis, “Zionism and the Diaspora: Jewish Youth Engagement in Poland and America,” focused on the origins of popular Zionist youth movements in Poland during the interwar period and used oral histories from the United States Holocaust Memorial Museum archive to understand how these youth movements impacted young people from different backgrounds. A history major with a minor in Jewish studies, Tabenken is headed to Israel for 10 months as a Masa Israel Teaching Fellow. “I will assist English teachers in their English lessons in Israeli public schools. In my free time, I will volunteer in the community, take Hebrew and Arabic lessons, and travel the country,” she said.