The Style Series | Chinese Fashion, Past to Present

From the art of hand embroidery to foot binding, professor Dorothy Y. Ko illuminates the intricate intersection between gender and body in China for fashion exhibits around the world.

The multidimensional layers of the everyday lives of Chinese women is a study that Dorothy Y. Ko has mastered. As Barnard’s professor of history and Women’s, Gender, and Sexuality Studies Department affiliate, Ko leads the discussion on women of early modern China by exploring the intersections that helped to shift culture around gender and body. When it comes to the history of Chinese fashion, Ko is the cultural historian to learn from, with much of her work focusing on how different kinds of trends materialized in China and reverberated around the world.

“I became interested in the topic of fashion in China in the early 2000’s because most, if not all, scholars at the time presumed that the fashion phenomenon was a prerogative of the modern West, tied as it was to a dynamic economy of capitalism and the body sense of a modern individual,” explained Ko. “[The thought was]: China, stuck in timeless tradition and incapable of generating significant changes on its own without the help of the modern West, could not and would not have fashion. I kid you not, even historians of China subscribed to this view.”

Ko’s research on fashion addresses these misconceptions by rethreading a more accurate and nuanced narrative around the role that Chinese fashion has played on the global stage. In the past, she has worked with the collections of Chinese and Tibetan fashion and costumes at New York City’s Fashion Institute of Technology (FIT) and American Museum of Natural History, the Newark Museum of Art, Chicago’s Field Museum of Natural History, the Royal Ontario Museum, and others. “It is the best way to gain prolonged and repeated access to research materials, and in return, I’m too happy to help out with planning their exhibitions,” said Ko, of the symbiotic relationship. 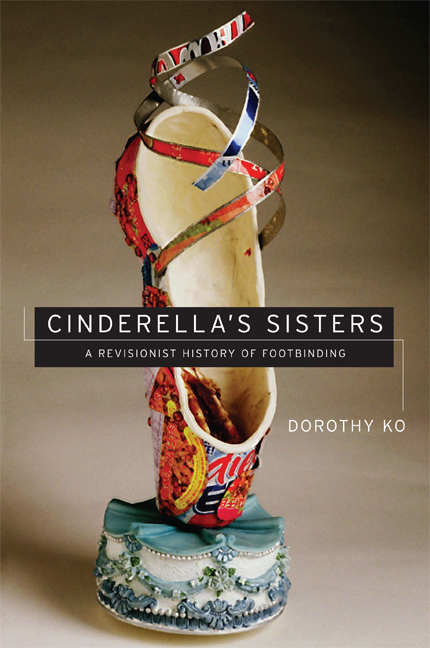 In the coming months, fashion lovers can find her research accented throughout various exhibitions around the world. For example, Ko was an academic consultant for “Guo Pei: Couture Fantasy” — Guo is credited as China’s first couturier — currently showing the designer’s couture fashion with exquisite hand embroidery at San Francisco’s Legion of Honor Museum until November 27. In this role, Ko shared her research of embroidery as both female labor and women’s art. She is also the chief advisor for a new two-part exhibition in Germany on foot binding called “Unbinding Bodies: Lotus Shoes and Corsetry,” co-organized by the MARKK museum in Hamburg (September 9, 2022-February 26, 2023) and Humboldt University’s TA T in Berlin (March 23-August 31, 2023). And she recently contributed an essay on the modern embroiderer Shen Shou for a fall 2023 exhibition on 19th-century China at the British Museum, that will appear in an illustrated catalog tentatively titled Creators of Modern China: 100 Lives from Empire to Republic, 1796-1912.

Outside of museum collaborations, Ko teaches classes called Gender and Power in China, Feminisms in China, and Body Histories: The Case of Footbinding, and she is the author of several books, including Every Step a Lotus: Shoes for Bound Feet and Cinderella’s Sisters: A Revisionist History of Footbinding. Considering her vast expertise, it is natural that the recently elected member to the American Academy of Arts & Sciences is the person most asked to consult on topics of gender and body in early modern China.

What inspired your initial research into Chinese foot binding?

My initial motivation in researching foot binding had less to do with fashion and more to do with understanding multiple forms of female culture, bodies, and agency. I found most conventional views of foot binding unconvincing. As the research went on, I became intrigued by the intimate connections between the binding of feet and women’s textile work. For example, some women wove their own binding cloth — they made and embroidered their own shoes. The ornamentation of imperfect bodies fascinates me, as does what appears to be a shared human desire in many cultures to overcome the body. Both are driving forces for fashion and the binding of feet.

Is there a connection between the art of embroidery and class and wealth?

In premodern China, all women learned needlework as a form of moral cultivation; daughters from classes high and low were expected to work with their hands, unlike men. Embroidery was the pursuit of the elite ladies; lower class women spun yarns, wove, mended socks, and so on. This hierarchy of female labor, as well as the association of embroidery with gentility and femininity, persisted to the eve of the modern era, even as male artisans and poor housewives increasingly produced embroidery in professional workshops to provide for their livelihood.

In the context of high fashion in contemporary America, embroidery retains its association with gentility and wealth, albeit for different reasons. Perhaps as a rebellion against fast fashion, couture houses have made garments that involved hundreds of thousands of hours of embroidery and beading work. These elaborate handworks are often outsourced to workshops in India or China instead of being made in the French or Italian atelier.

What does it mean, on a global scale, for Guo Pei to be China’s first-ever couturier, considering the historically intricate handwork of Chinese designs?

Guo Pei’s rise to fame in Europe and America provides a powerful antidote to the old Orientalist prejudice that only EuroAmerica can produce fashion. When Rihanna wore Guo’s sumptuous “pancake dress” to the Met Costume Institute Gala [in 2015], Chinese netizens took it to be the dawning of a new era. One could say, of course, that Guo Pei’s fame is possible only after China has “turned capitalist,” but it is more complicated than that. Her sumptuous use of hand embroidery — one can think of it as the conspicuous consumption of labor — and her use of elements of traditional Chinese garments are trend-setting; major Italian labels have followed suit. In that sense, Guo has managed to change the very definition of fashion itself.

How did you incorporate your research on other Chinese clothing into this exhibit?

For the Guo Pei exhibition, my work involved helping the curator Jill D’Alessandro, a specialist of Latin American textiles, with the exhibition labels and catalog entries. Since Guo Pei’s work is replete with references to folk costume, auspicious motifs, religious symbols, and other Chinese cultural elements, there are multiple ways whereby my research becomes relevant.

Where do you see the future of Chinese fashion heading?

As the Chinese economy grew, a number of influential Chinese brands came into being. Some of them feature creative designs and intricate hand-tailoring techniques that are infinitely wearable, whereas others — WuYong, from designer Ma Ke for example — are what we may call “green labels” founded on innovative concepts and practices of sustainability and reuse. In the latter field, Chinese fashion today has a lot to teach us.